Virtual Reality: What is it? How does it work? Why should you care?

What is virtual reality? Virtual reality (VR) is about making an imaginary environment feel very real - real enough to fully immerse you in a simulated world. VR is achieved using a head-mounted display (HMD). VR simulations can include visual, tactile, auditory and sometimes even olfactory experiences – you could be fully immersed in a virtual Tuscan garden in the summer, with the wind in your hair, and the smell of jasmine and freshly-cut grass around you. Lifelike virtual experiences can be enhanced by using omnidirectional treadmills to allow free 360 movement; wired gloves can provide haptic feedback – you could be physically walking around your virtual environment in any direction without bumping into your coffee table; you could even hover your fingers near a virtual fireplace and feel the heat.   How does virtual reality work? Virtual reality headsets or head-mounted displays (HMDs) are made of two video feeds sent to the screen within the HMD, powered by a device or computer 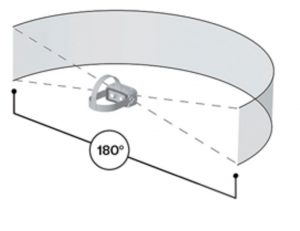 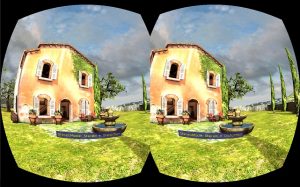 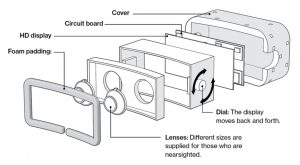 Oculus Rift Schematic[/caption]   Why should you care about virtual reality?

Virtual reality is an entirely different medium with thousands of life-changing possibilities. In Chris Milk’s heart-warming TED talk, The Birth of Virtual Reality as an Artform, the impact of VR on storytelling is dramatically demonstrated using an easily made HMD.

At medDigital, we took a dive into the many fields that VR could revolutionise: Education, journalism, gaming, therapy, art, and a dozen other concepts and applications. With a pinch of creative license, we’ve described some of these experiences through the eyes of medDigital’s Victor, Steph, and Matt.

In the RCSi Medical Training Simulator, Victor turned up for his shift at the emergency room. The general surgeon, anaesthetist, and the rest of the team were already there, towering over a car crash victim. Victor was in scrubs, ready for surgery. “Which is the location for the chest drain insertion site?” they asked him. He looked more baffled than usual. A while later, we asked Victor how the surgery was going. "I've lost this patient 3 times..." "oh no. Four now."

Meanwhile, inside a US prison, Steph was thrown into solitary; 23 hours a day in a 6x9 cell was her life for a month, a year or perhaps more. What felt like peace and quiet at first, quickly became deadly silence. For company, she had a toilet, a bed, the shouts of prison guards, the sinister laughter of other prisoners, and the rhythmic banging of a dinner tray. She lost track of time. Days were marked by cold meals appearing and disappearing, hallucinations of enemies in her cell. Steph didn’t last in The Guardian’s 6x9: A Virtual Experience of Solitary Confinement.

Although that was the virtual end for Steph and Vic, Matt may have discovered a new career path (EVE:Gunjack)… Matt's first day as gun-turret-operator in the depths of space was promising. He dodged a barrage of enemy space-fire like a seasoned Trekkie, gracefully timing his reloads between enemy shots. It was all going so well, until he crashed into his own missile.

Next time, we’ll take you on a deeper dive of the 10 useful ways you can use virtual reality right now.