The Sharing Economy - The UK's next big export? 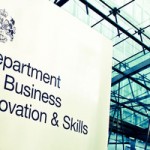 I was very interested to see that the UK Government has launched a review of the sharing economy because two of my favourite apps are Uber and Airbnb.

Uber successfully got me out of the rain in Paris, out on the town in San Francisco, and out of LHR T5 in record time. Airbnb successfully provided my family with an affordable apartment on our journey back from camping in the Lake District during the busy August holiday when all connecting hotel rooms were booked.

These apps are being grouped within the sharing economy because they create a new economy from an existing surplus. Uber’s surplus is taxi drivers sitting in cab offices waiting for the next job. Airbnb’s surplus is unused accommodation.

The sharing economy enables these drivers and apartment owners to earn money by renting their surplus time or space. Uber and Airbnb were both founded in San Francisco, so why is the Government commissioning a review in the UK? They state: “From carpooling, to house swapping and time sharing, the sharing economy empowers people to hire out their power drills and spare rooms and get the most from their assets.”